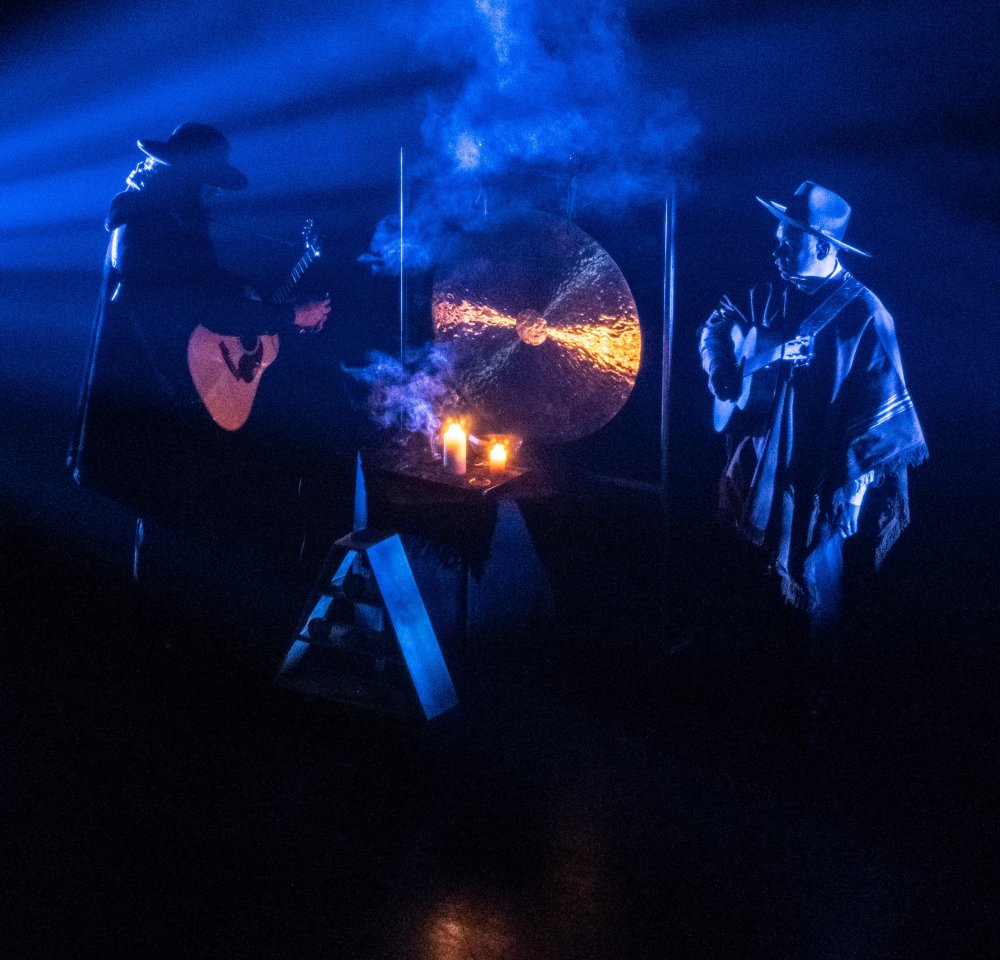 Troy Kingi (Te Arawa, Ngāpuhi) has arrived at the halfway point of his 1O 1O 1O Series: ten albums, ten genres, ten years. Following on from his remarkable performance of The Ghost of Freddie César at 2020's Festival, Kingi now swaps out his soul styling for folk twang and twelve strings on Black Sea Golden Ladder - an album for which he has just won the Aotearoa Music Awards 2022 Te Kaipuoro Taketake Toa / Best Folk Artist Tūī.

Co-produced and performing with award winning Ōtautahi folk/country stalwart Delaney Davidson, Kingi says "It is the most personal of all my albums – the first one I feel that is truly about me". Each track dives deep into a different part of life, from birth to death, with the lead single 'Call My Name' unearthing school day memories, written by Davidson, Kingi and Kingi's daughter.

This collaborative album was written and recorded as part of the Matairangi Mahi Toi Artist Residency in Wellington - a partnership between the Governor General and Massey University established in 2016 to encourage and promote the development of Māori and Pasifika visual arts and creative practices.

As part of a nationwide album tour, experience the magic created when these two artists come together live on stage.


"A stunning and idiosyncratic set, a real treat..." - 13THFLOOR.CO.NZ

“Troy’s contribution to shaping New Zealand sound and music has been hugely significant and influential” Stuff.co.nz